When you decide on a digital marketing agency, you want to be sure that you will get the expected results and go even further. On the web, level of competitiveness remains quite high: choosing the right agency is vital!

There are many agencies, and that’s why many independent entities help you navigate in a transparent way. The results speak for themselves: Amauta Marketing shines at the top of several charts and is highlighted by a large number of independent agencies.

Find out what they have to say about Amauta’s work that stands out in a competitive field.

The Best in Laval According to Three Best Rated

The quality of Amauta team’s services has not escaped the attention of the Canadian platform Three Best Rated, which helps consumers find the best local businesses in a wide variety of fields.

Among these, Amauta rose to the top of the advertising agencies list in Laval. It stood out on all points and even received a perfect score of 10/10 on 4 criteria:

Amauta’s team is highly dedicated to the quality of their work, and their hard work does not go unnoticed by their clients. The accuracy of the services is one of the many positive points identified by customers.

Contact information and operating hours also earn high marks, demonstrating the availability and dedication of the team members. According to Three Best Rated:

“[Amauta] offers services of all types, and they have the tools and expertise
to get the company noticed online.”

As the leading Laval company, Amauta Marketing shines above the local competition.

Amauta Marketing in the Top 3 in Montréal

By broadening the horizon to the Greater Montréal area, the team at Amauta Marketing is still among the leaders in its field. Independent agencies such as Datarob and Guttulus rank it among the top three in its field.

Datarob, an agency established in Eastern Europe and the United States, has recognized Amauta as being part of the top 3 in Montréal. Among other things, it accentuates the agency’s ability to create effective content to generate not only clicks, but a real increase in sales.

Guttulus, a company offering marketing consulting services to businesses, also features Amauta’s excellence in SEO. Both B2C and B2B services are underlined in the rankings. Whether your business caters to individuals or businesses, Amauta Marketing has the expertise and versatility you need!

The American marketing company Qualified also places the agency among the top three in Quebec for SEO through the purchase of advertising space.

A Work Worthy of Mention

In addition to the firms that specifically place Amauta Marketing at the top of the list, the team’s work is highlighted and recognized by several other rating agencies, including:

GoodFirms also points out the personalized strategies implemented by Amauta for optimal results. Once again, collaborations with prestigious companies do not go unnoticed, as Amauta has carried out projects for TVA, Birks, Le Club d’Investisseurs Immobiliers du Québec and more.

This is why GoodFirms ranks Amauta Marketing as one of the best lead generation agencies in Quebec, and among the best SEO companies in Montréal.

There’s no doubt about it, Amauta has carved out a place for itself in the competitive field of web marketing agencies. Its high-quality work has proven itself, not only with local references, but also internationally!

Amauta Marketing shines in its field and shows its ability to stand out in a competitive industry.

This means that the agency can do the same for your company! For a dazzling growth of your visibility on the web and of your company, do business with an agency that shines… and especially, that makes you shine.

Trust an expert team that has proven itself with local and international entities: choose Amauta Marketing. 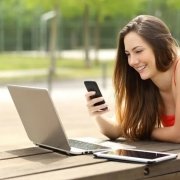 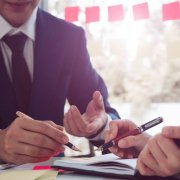 Lots of work for Amauta Marketing 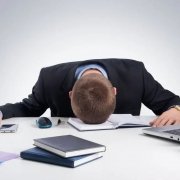 9 most frequent mistakes in a PPC campaign

Amauta Marketing: the reference in Quebec

How to Better Sell Your Website in 2022?
Scroll to top